Monk shoes, also known as a monk strap, do not have any laces and are instead held on the ...Read More

Monk shoes, also known as a monk strap, do not have any laces and are instead held on the foot by one or more buckles and straps. If you are looking for something unique to wear, our collection of monk strap shoes will amaze you! 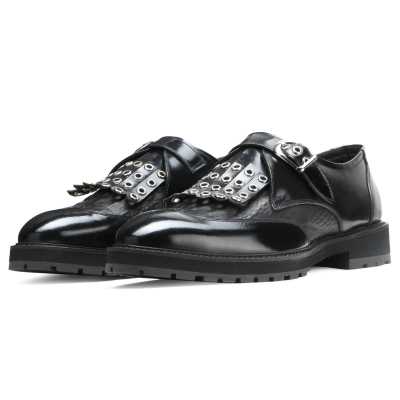 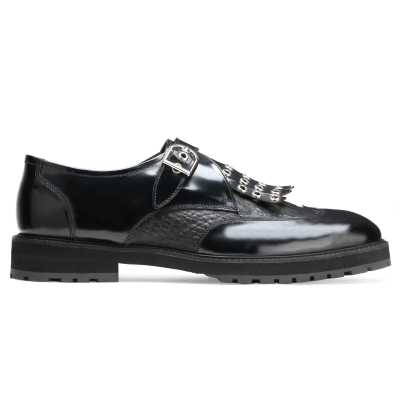 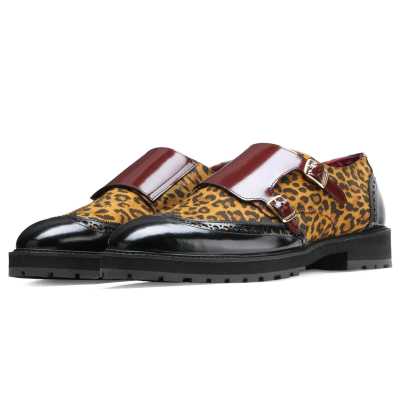 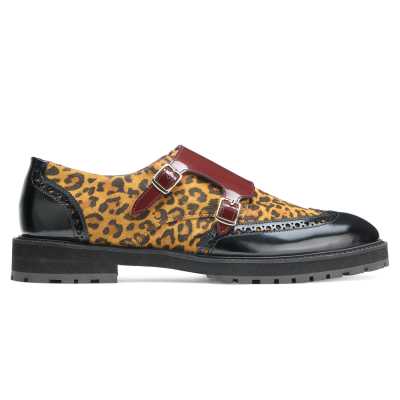 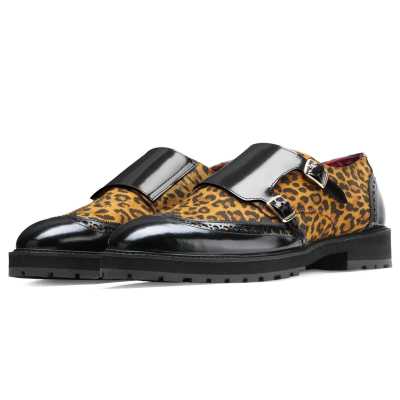 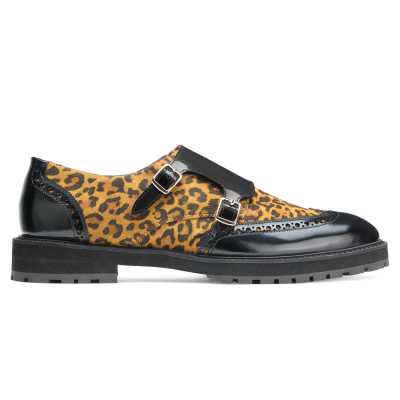 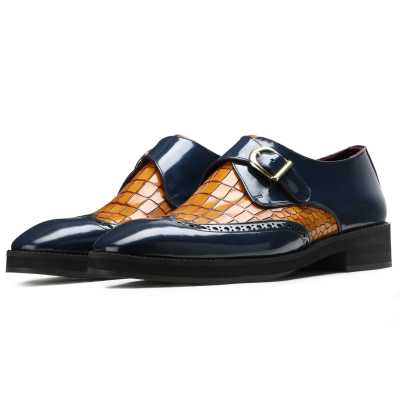 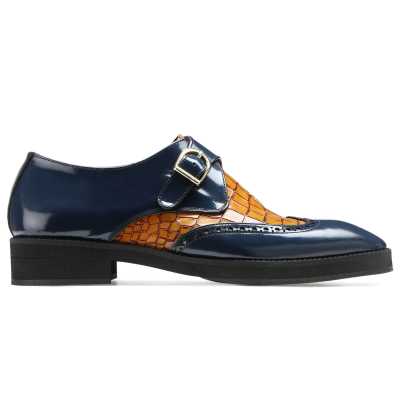 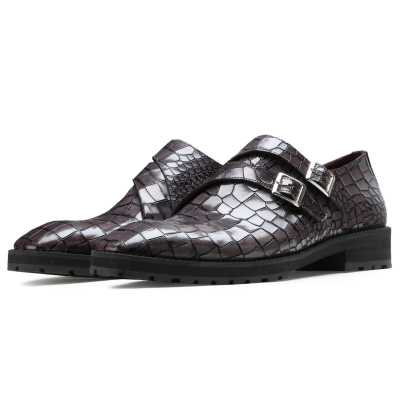 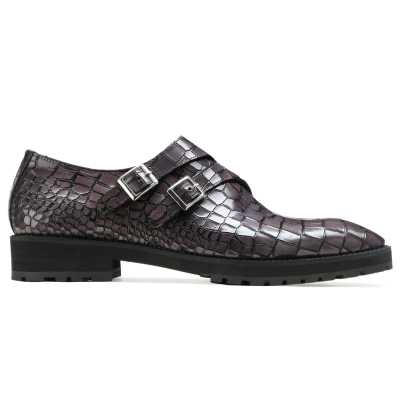 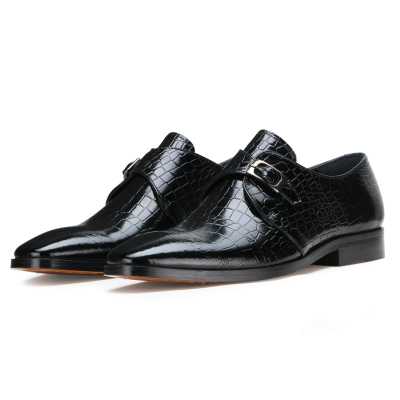 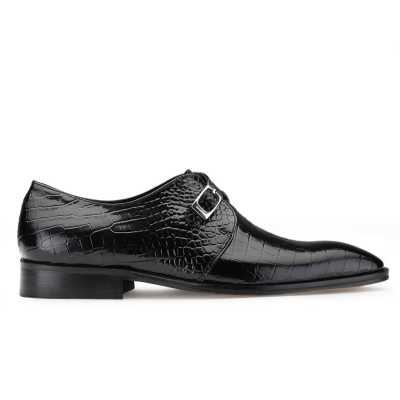 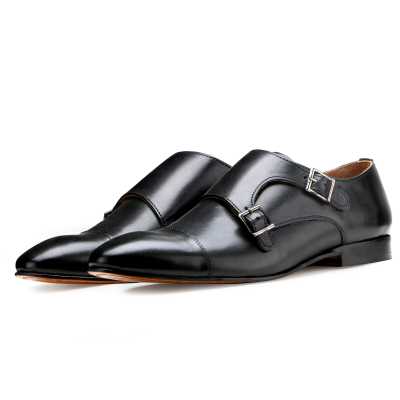 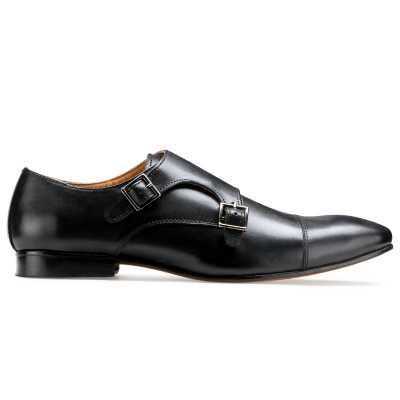 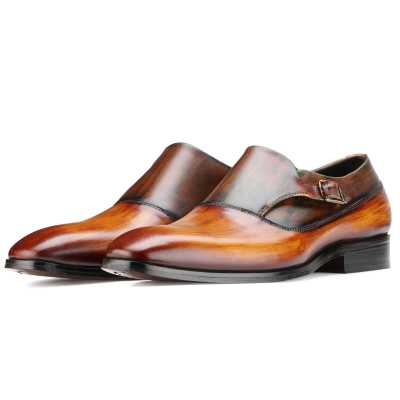 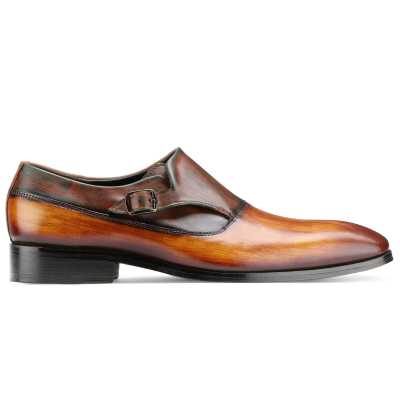 Simply buckle your strap shoes for a day of traditional style and comfort.
Monk strap shoes are usually low-fitted with sleek toe caps. Their upperparts are made of different leather pieces and the tongues are wider as compared to other dress shoes. They are a type of semi-formal slip-on shoe that is less formal when compared to an Oxford, but more formal than a Derby.
Monk shoes, as the name suggests, were originally worn by monks in Europe. During the 15th-century, they worked in the fields, reaping, sowing, plowing along with spending time worshiping. So, they started wearing double-strap sandals which suited their lifestyle. Due to their lack of robustness, these sandals were eventually transformed into shoes that protected their feet and were able to withstand rocky terrain better. As a result, monk strap boots or shoes were born.
Though it started off as work shoes, Monk Strap shoes are now widely accepted as both formal and casual footwear. However, unlike in other footwear styles, you don't have to worry about tying your laces on. Simply buckle your strap shoes for a day of traditional style and comfort.

1. Where did Monk strap shoe style get its name from?

There is no definitive date for its invention. Although monk shoes for men became popular in Europe during the High Middle Ages (ca. 1000-1350 BC) when monks began to favor the form. As a result, the name.

In terms of function, there is not much of a difference between the double and single monk strap shoes. However, if your feet are particularly small or narrow, the double monk may be a better fit.
Double monk strap shoes are considered appropriate footwear for men and are worn in business and formal settings as well.

3. Do monk strap shoes have buckles?

The monk strap loafers or shoes are secured on the side with a clasp and strap, rather than a center lacing mechanism. The buckle closure, which comes in a variety of styles creates a distinct look, which distinguishes this category of men's shoes. Since the straps are mostly attached, they are easy to put on and take off.