If you are looking for the perfect pair of shoes which are neither too formal nor too casu...Read More

If you are looking for the perfect pair of shoes which are neither too formal nor too casual, then Derby shoes from Escaro Royalé can be your best pick. Whether you need to attend a small family get together or go to an office party, these can make you look smart and relaxed at the same time. 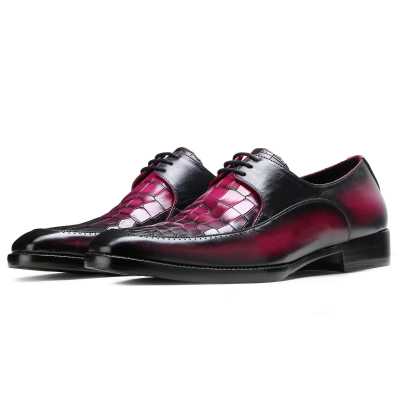 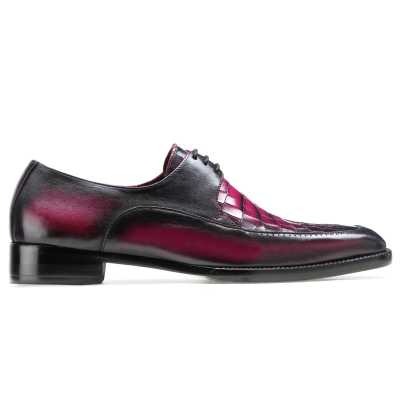 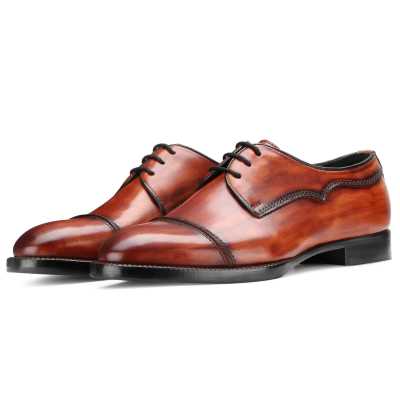 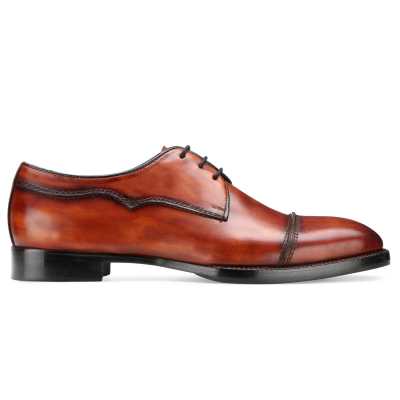 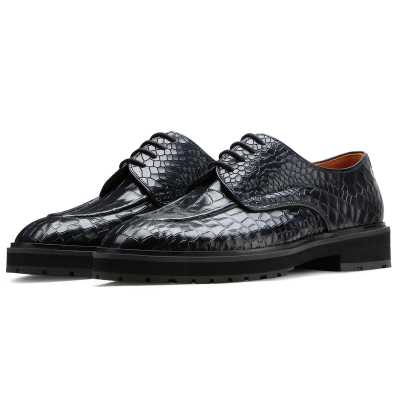 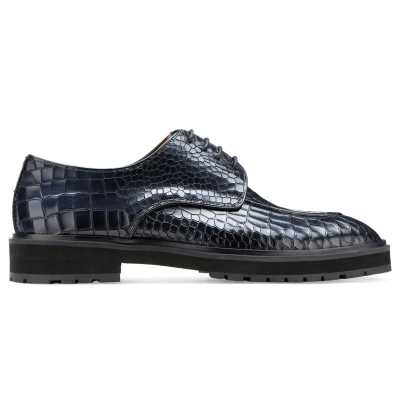 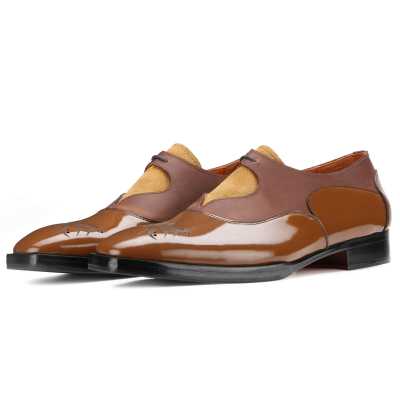 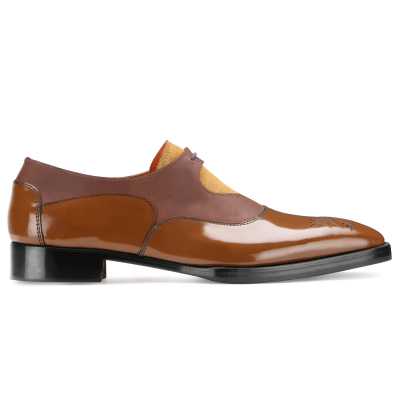 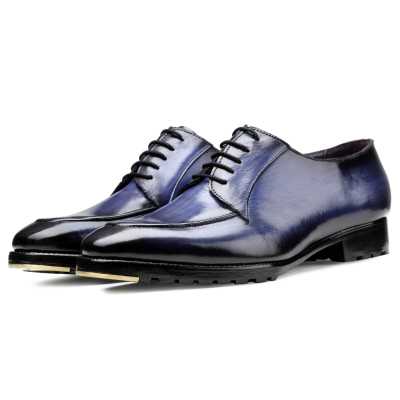 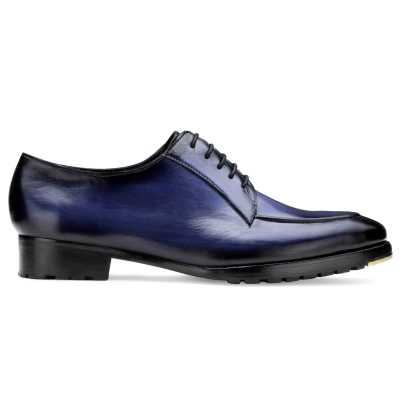 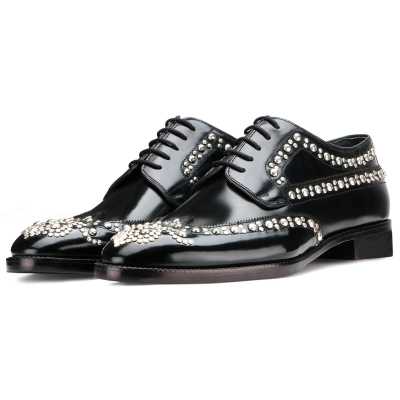 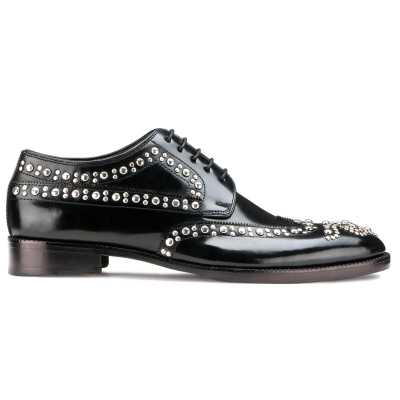 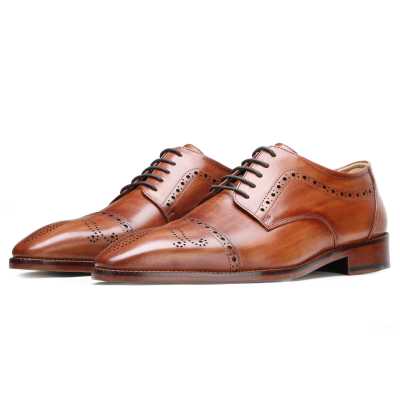 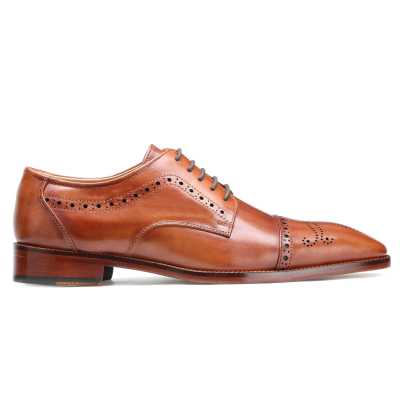 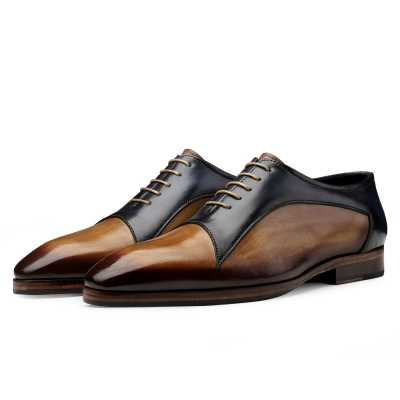 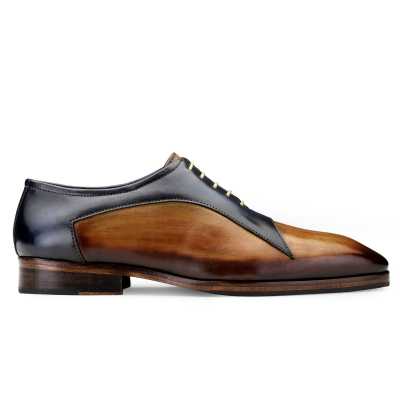 The Derby shoe has an open lacing in which the eyelet flaps are stitched on top of the vamp. This style allows the shoe to have more room for the foot and to give it adequate breathing space. This style is quite in contrast to the more formal Oxfords, which are stitched under.
These age-old semi-formal shoes can be traced back to the 1800s and are said to have been developed during the Napoleonic wars. It is also popularly known as the Blucher, especially in the U.S., named after its inventor Gebhard Leberecht von Blucher, who was an army officer. He needed footwear that was easy to put on and off and which was also comfortable for soldiers during wartime situations. Another tale goes on to say that these derby boots for men were actually designed for the 14th Earl of Derby, named Edward Smith-Stanley. His feet were apparently too big to be accommodated in closed lacing boots and hence the improvisation was done to make his feet feel more comfortable in them.
Evidence shows that the Derbies were quite a popular choice in the 1850s as a sporting and hunting boot. By the 20th century Victorian fashion became popular and to be worn by all.

What’s the difference between Oxford and Derby shoes?

Oxfords and Derby shoes both can be suitable for formal wear. However, the Derbies lie more towards the semi-casual or smart casual style of the spectrum. The one primary difference between Oxford and Derby style shoes is that the former incorporates closed lacing, whereas the latter has an open lacing system. This allows the latter to have more room for the feet to swell and breathe.

Do Derby shoes have zips or straps?

Derby shoes are identified by their distinct stitching of flaps on top of the vamp. They do not have any flaps incorporated into them. However, some modified casual Derby shoe styles come with an ankle strap. These adjustable straps ensure comfort and also make them a style statement. These can be easily paired with a formal outfit.

Should you wear socks with Derby shoes?

In any formal setting like that of the workplace or office lunch, you definitely wear socks with your formal Derby shoes. It will give you a smart, yet complete look. The best socks to pick for a formal occasion and outfit would be full-length or over the calf formal socks. If you are, however, pairing your brown Derby shoes with something more casual like shorts, you can give ankle-length socks a try instead. It would be safe to say that when it comes to Derbies, you can opt for your individual style depending upon factors like the occasion, the weather, and your attire.

Are Derby shoes comfortable to wear?