When it comes to fancy and decorative footwear for men, a pair of Brogues shoes is the fir...Read More

When it comes to fancy and decorative footwear for men, a pair of Brogues shoes is the first thing that comes to mind. These uniquely designed shoes or boots can turn a dull and boring look into an artsy and creative one. A pair of tan or brown brogues go perfectly with casual attire as well. 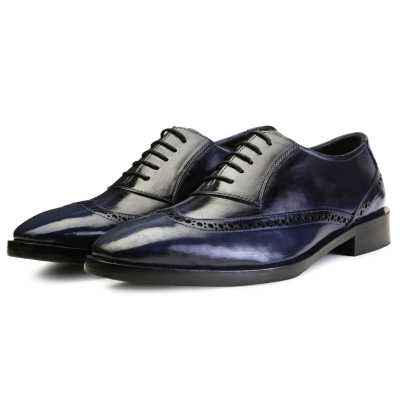 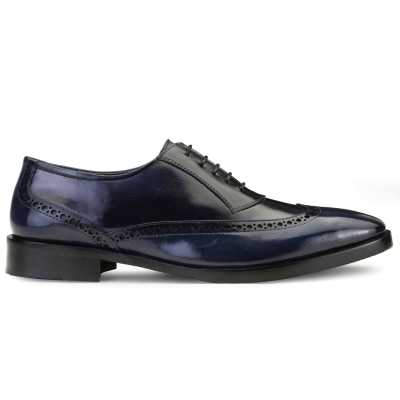 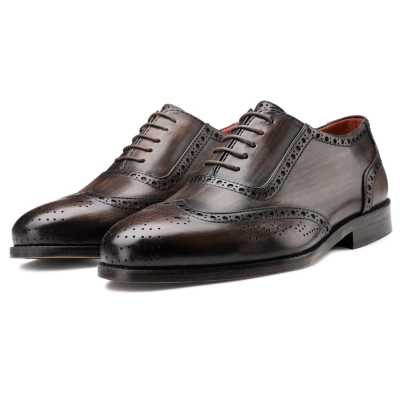 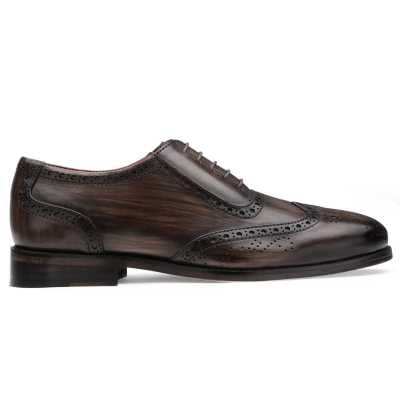 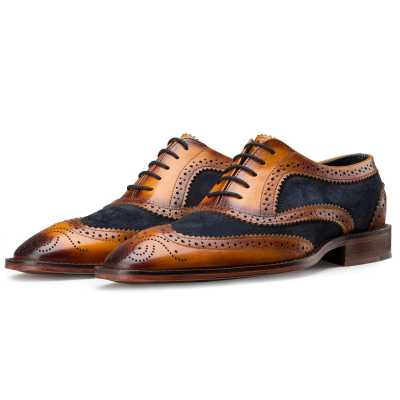 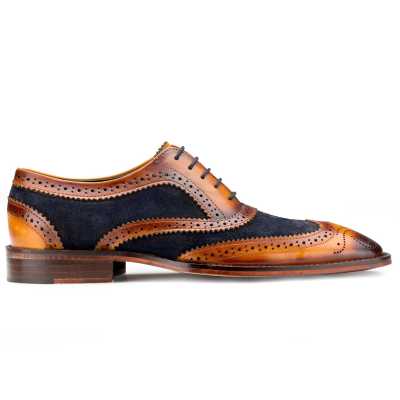 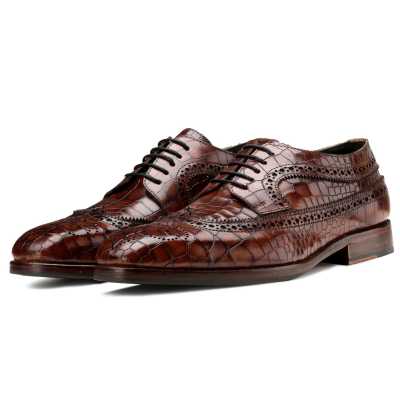 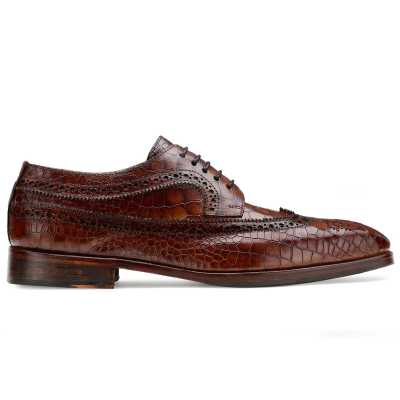 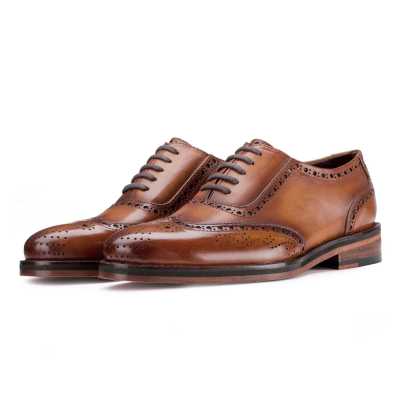 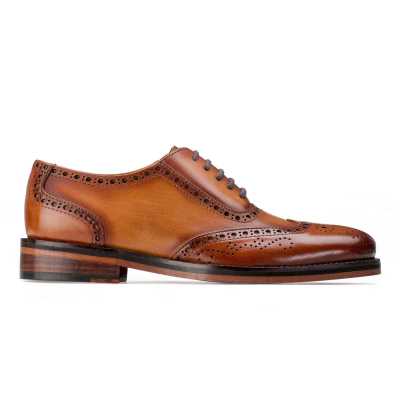 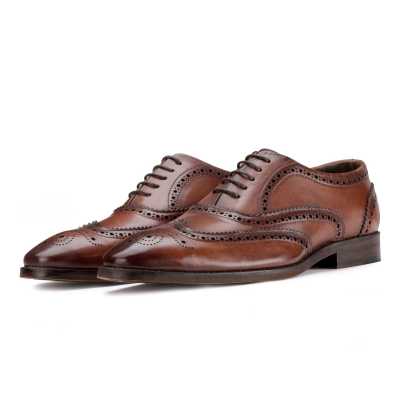 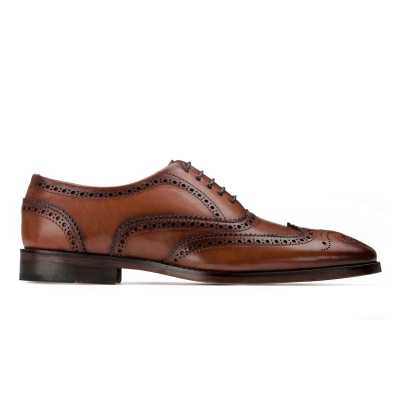 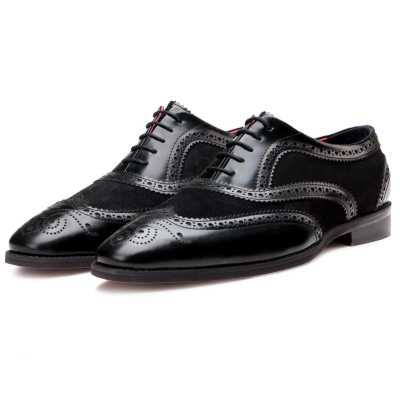 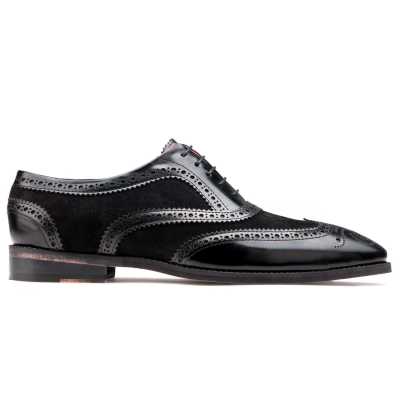 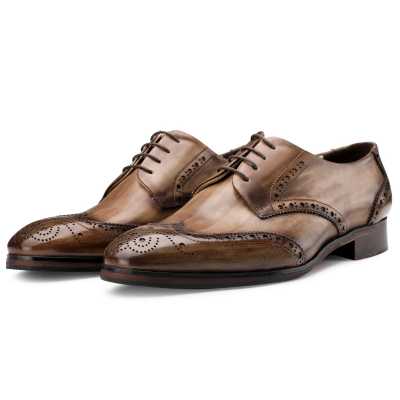 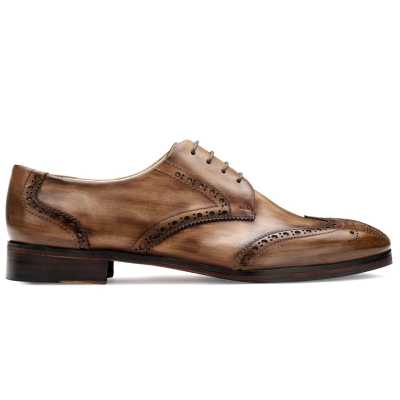 The unique and distinct Brogues are shoes that have characteristic perforations called broguing on top and along the edges. The roots of the unique perforative design of men’s brogue shoes originate from Scotland and Ireland. The word itself probably originated from the Irish word brog, which means rough shoe.
This footwear style was originally invented with perforations, using untanned hide, in order to allow water to pass through them while walking through the muddy waters or in snow during the wet climatic conditions of these countries. They would dry up quickly and be considered suitable as working shoes.
Over the years, brogues boots have evolved into a more formal footwear style than a pure casual working shoe. You can pair them with a stylish blazer or with tailored trousers. For a relaxed look for the gentleman, team them up with a pair of chinos and a button-up shirt. You can wear it for smart casuals with slim fit jeans and a T-shirt and blazer on top too.

How are Brogues different from Oxfords?

Originally, Oxfords have a solid, smooth, and sleek finish that does not involve any perforations and hence are more suitable to go with a formal dress code. You can, however, find Oxfords featuring brogues as well, which is considered to be less formal.

How many types of Brogue shoes are there?

We have a number of varieties and subcategories of Men’s Brogue shoes. Some prominent types of Brogues are the Oxford brogues, Derby brogues, Full brogues, Ghillie brogues, Longwing brogue, Monk brogue, Quarter brogue, and Semi-brogue.
All the variations have a distinct and uniquely styled perforative design with slight technical differences.
The most authentic Full or wingtip brogues have a W-shaped toe cap that is pointed and runs along the sides of the shoe up to the throat. These have detailed perforations and serrations.
Semi-brogues have serrations and perforations along the bottom of the toe cap and perforations at the center.
The Oxford brogues have a closed lacing system with broguing designs on the caps for a formal look. Derby brogues are less formal with their open lacing system.
Ghillie brogues have a unique lacing that has long laces to wrap up and tie around the ankle. In Longwing brogues, as the name suggests, the wings are long that extend to the end of the shoe joining at the center seam. Like Monk shoes, Monk brogues incorporate straps instead of laces. Quarter brogues are marked with their straight toe cap and perforative designs along the edges.

Are Brogues formal or casual?

The earliest of men’s brogues were working shoes and were not considered to be formal. Over time, these have become a category of designer dress shoes that can be worn with formal outfits and still make you stand out with their unique designs and perforations. Our handcrafted designer brogues are the ideal choice for a variety of occasions, whether it is a formal event, a business meeting, or a casual outing.

What are the wingtips in Brogues?

A wingtip in shoes is referred to as the pointed toe cap, which extends backwards through the curve, along both sides, up to the throat of the boot or shoe. The wingtip is named so because of the resemblance of its shape to that of a bird. In men’s Brogues, the broguing results in decorative wingtips for ornamentation of the top and front of the shoe. These wingtips can be safely worn in any formal setting with a formal suit or tuxedo and will make you stand out.
Popular Searches
Brown Brogues | Luxury Shoes for Men | Formal Leather Shoes | Premium Oxford Shoes | Premium Derby Shoes | Slipon Formal Shoes | Formal Loafers | Men's Officewear Shoes | Black Officewear Shoes | Formal Boots | Corporate Casual Shoes
Registered Office Address
One Ligo Center
70A/40, Rama Road
Kirti Nagar
New Delhi
Delhi - 110015
Packed & Sold By.
Ligo Intertrade Pvt. Ltd.
70/A40, Rama Road Industrial Area,
New Delhi - 110015
CIN: U74999DL2015PTC283445
Telephone: +91-98-3204-0404