When We Step In A Shoe Store, There Is A Jarring Confusion Visible On Our Faces. We See Shoes With Different Finishes, Materials, And Lacing Systems. 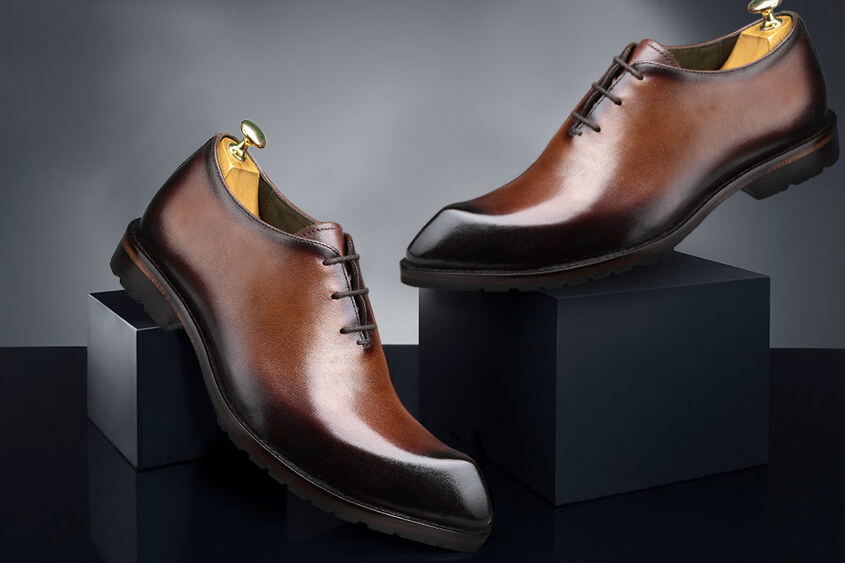 When we step in a shoe store, there is a jarring confusion visible on our faces. We see shoes with different finishes, materials, and lacing systems.

Staring at a plethora of shoes put stylishly on the benches yet not able to determine what makes these pairs standout can be quite intimidating.

So why not do some research so that when you go to the store next time, you have a clear mindset about the shoe you need and the materials that suit you best?

Any well-dressed man must have a combination of shoes in his closet. He understands that a particular shoe type will barely get him through every other setting. Instead, a wise mix of them will ensure that he is up and running irrespective of what you throw at him.

Oxfords, Derbys, and Brogues are the most common type of shoes that most men like to have in their closet. The first one i.e. Oxfords cater to the purely formal group, whereas the other two can be worn in different formal and informal settings conveniently.

In this article, we discuss the history of these shoe types and also what makes them different from each other. 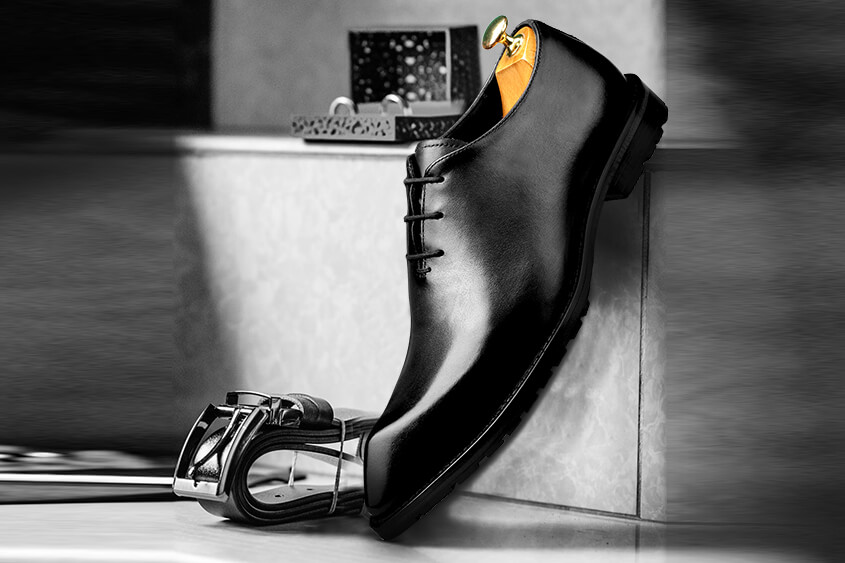 James Bond wears Oxfords, and that speaks volumes of its popularity. Oxford Shoes are known for being sleek and invoking a sophisticated formal look. These are very similar to how Derbys look, but there are some apparent design differences. It is a lace-up shoe and follows a closed lacing demeanour.

Usually available in leather or faux leather variants, you will find the eyelets tab (strip of leather located on either side of the tongue) sewn shut at the bottom for an uncluttered look. You can pair them with your favourite tuxedo for parties or festive occasions. Many people also prefer wearing them for meetings and day-to-day office work.

History of the Oxford Shoe

There are two contradicting accounts of how Oxfords became as popular as they are today. The first one states that these first came into life in the 1600s at Balmoral Castle in Scotland. The court people loved it, and it soon became popular amongst them and the masses after that.

Another fascinating tale comes from the realms of Oxford University. The students have a disliking for the knee-high boots prevalent in the early 1800s. They found them to be restrictive and uncomfortable to wear for long hours. So they rebelled and designed a more comfortable variant, the Oxonian. It had narrow slits along its side, making it far more convenient, and steered a change.

With time, the slit evolved to become a lacing system and was transferred to the instep to improve efficiency. Manufacturers also lowered the heel and made it the suave that we know as Oxford today.

Characteristics of the Oxford Shoe

Here are the characteristics that define Oxford shoes –

A close cousin of the Oxfords, the Derby shoes are a toned-down (in terms of the formal outlook) variant. Unlike the Oxfords, they opt for an open lacing system that makes them exquisite and far easier to encompass.

You can pair Derby shoes with most formal or informal attires owing to their relaxed look. With time, manufacturers have also started making blended versions which lend them an Oxford or Brogues goodness.

History of the Derby Shoe

The Derby (also called Blucher or Gibson) came late in the frame, but we cannot say that for sure. As the legend says, these popped up in the 19th century as a gentleman’s hunting shoe. These being comfortable for long walks through challenging terrains elevated its popularity. So most gentlemen would wear them, and the idea of adjusting the lace gave a new perspective to the shoe industry.

Like most other innovations, there are more stories around it. The second folk is that the 14th Earl of Derby had issues finding the right shoes for himself, owing to his wide feet. So he ordered shoes with open lacing to let the wearer adjust and quickly put them on and take off. These were called ‘Derby’.

The third story that revolves around Derby’s is during the Napoleonic wars. Prussian Field Marshal, Gebhard Leberecht von Blücher inspired this version, who had issues with the unwanted weight of the prevalent shoes. In his opinion, it made life difficult for his troops, and he was looking for something less cumbersome.

It led to the birth of “Blucher”, an ankle-high, open lacing shoe variant, which were lighter than their previous counterparts. With time, these became the Derby that we know today.

Characteristics of the Derby Shoe

The word “Brogue” comes from broguing, which refers to ornamentation created using small holes. Brogue Shoe or ‘dress shoe for men’ is all about intricate detailing. These have perforations that accentuate the casual or formal attire that you are pairing with it. These look similar to Brogues and Derbies, but the attention to decorations makes it different.

Brogues, like Derbies, are versatile to pair. The beautiful finishes ensure that you can wear it western wear, casual shirts, and go well with formal code too. If you are seeking to differentiate yourself from the rest, we bet Brogues will never disappoint.

Brogues are a wardrobe staple for most men. You can pair these up with tight chinos, denim, and formal suits but, given their flowery design language, experts suggest not to pair them with strictly formal wear, such as a three-piece suit or ties. Country casual attires go best with Brogues.

History of the Brogues Shoe

The Brogues came into life in the 19th century. These were initially made for farmers in Scotland and Ireland. These had perforated holes for draining bog water and were made of black leather. For the significant part of the 19th century, these were seen as a working-class shoe and not for business people.

In the Jazz era, two-toned brogues became a must-have for the fashion-conscious. With legends like Gene Kelly and Fred Astaire wearing them during their performances, it started gaining traction. In the 1950s, Elvis Presley wore Brogues in ‘Jailhouse Rock’ which made it a rage amongst the millennia.

The modern-day Brogues are a fashion-updated version of the old ones. Most of them have a far more decorative perforation to cater to the new generation, and brands like Ted Baker and Oliver Sweeney are its torchbearer.

Which shoe type is better – the one you choose

Now that you know the characteristics of these shoe types, you probably are already inclined towards one of them. In the fight of Oxford vs Derby vs Brogues, it is imperative to understand that these cater to different ambience and are not the best fit for some specific situations.

Keep in mind that the finish will vary as per the material used, the color, and the amount of ornamentation. I am a minimalist and love Oxfords, but your choice may vary. But I believe that every man must own a pair of Brogues, they cater to both formal and informal settings and look gorgeous.

Today manufacturers have also adapted a hybrid strategy, where they mix two or more styles to make a piece that carries mixed flavours.

Fashion is all about feeling comfortable in your skin. You don’t necessarily have to adhere to every line in the rule book. Why not step aside and create your fashion statement?

If you think that there is a rebel in you, I suggest you create your niche. If you fear messing up, a pair of denim with Brogues/Derby or a three-piece suit with classic black Oxford is a tried-and-proven recipe for success.

It is all about mixing and matching till you know what suits best and makes you the most comfortable.

Most Popular
01
The art of hand patina - creating unique looks with colours, binders and dyes
02
The beauty of full grain leather - the foundation of good long-lasting leather shoes
03
Difference between oxford shoes, derby shoes and brogue shoes
04
The Ultimate Diwali Gifting Guide For Men
05
Top 5 shoe styles a man must have in their wardrobe
06
6 Reasons to buy a premium luxury product this festive season
07
There Is Nothing genuine About Genuine Leather. Did You Know Its Actually C Grade Leather?
Please Wait ....